Benh Zeitlin and Ben Lewin interview each other for HitFix 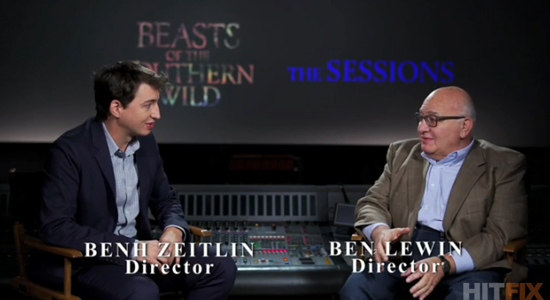 At Sundance 2012, two directors premiered their debuts: Benh Zeitlin screened his magical realism epic about a little girl in the bayou, BEASTS OF THE SOUTHERN WILD, and Ben Lewin showed THE SESSIONS, a touching, profound look at disabled poet and journalist Mark O'Brien. Both garnered rave reviews during the festival, and both were picked up by Fox Searchlight! And here we are, almost a year later, and HitFix has this amazing, insightful interview between the two filmmakers that covers their creative process, casting choices, and how they came to make these two vastly different, yet equally inspiring films.

Both BEASTS and THE SESSIONS are hot on the awards campaign trail right now. Check out their awards tally posts here and here to stay on top of their nominations over the next few months.