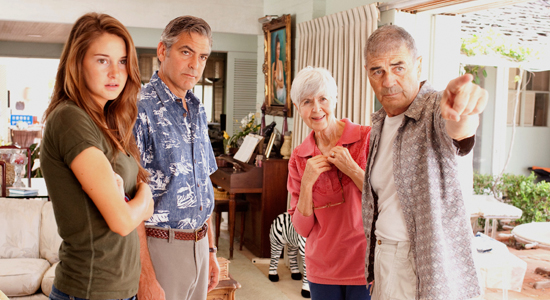 IMDB has an excellent new featurette introducing the story aspect of Alexander Payne's new film THE DESCENDANTS, starring George Clooney as Matt King, a father and businessman who gets a crash course in parenthood when his wife is in a boating accident. The featurette features interviews with Clooney, Shailene Woodley, Payne, and the novelist who wrote the book the film is based on, Kaui Hart Hemmings.

WATCH THE FEATURETTE AT IMDB.COM

THE DESCENDANTS will be out in select theaters on November 16, find our when are where the film will be opening near you with our Theater Post. And for an even deeper look at the Hawaiian background of the movie, check out Matt Corboy's (a.k.a. "Cousin Ralph" in the film) fun facts about Hawaiian living.