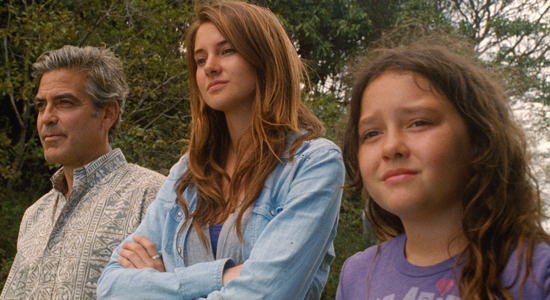 The breakout star of Alexander Payne's THE DESCENDANTS  holding her own opposite George Clooney for most of the movie  is Shailene Woodley, star of ABC Family's The Secret Life of the American Teenager and Alexandra King, Clooney's troubled daughter in THE DESCENDANTS. In Contention sat down with the young actress for an in-depth interview.

The first time Woodley met co-star Clooney was at the Los Angeles table read. They sat down and went through the script, and after a few hours, Clooney leaned over and said, They wont be bringing you back after that, meaning she pretty much nailed it. And thats when the impending fun of the project really clicked for her.

He gets up, smiles and winks, and when he did that I was like, Oh, wow, I have nothing to be intimidated by, she says. This guy is awesome. Its on. Were going to have a blast. Hes not only laid back but hes truly humble and grateful. He lives his life in gratitude. Its weird because I dont think of him now as George Clooney. He really is just, you know, strip away the fame and hes a guy from Kentucky with a heart of gold.

You can read the rest of the interview here. THE DESCENDANTS will be released in limited theaters November 23rd, 2011.