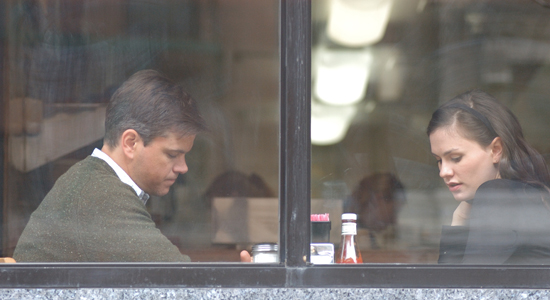 Kenneth Lonergan's MARGARET, the long-awaited follow up to his critically acclaimed debut feature YOU CAN COUNT ON ME, has been given the September 30th as its official release date! Our buddies at Apple Trailers premiered the official trailer today, and it shows pretty efficiently shows the range of the film's ensemble cast, which features Anna Paquin, Matt Damon, Mark Ruffalo, Matthew Broderick and J. Smith-Cameron.

WATCH THE TRAILER FOR MARGARET HERE

MARGARET is the story of Lisa, a disillusioned NYC teenager who is witness to a horrible bus accident that claims a woman's life. What follows is a winding plot filled with guilt, betrayal, love, and ultimately, forgiveness.

And here's the official poster (quite haunting, if you ask us): 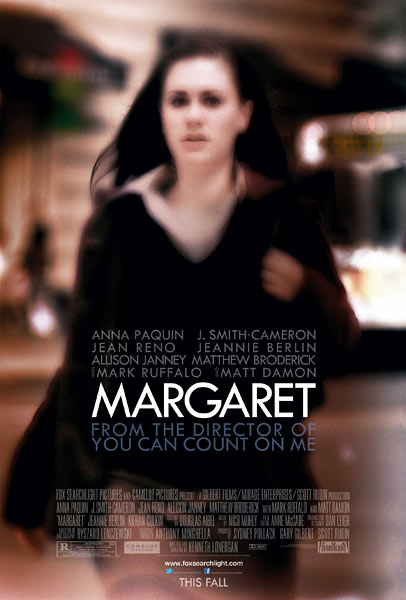 MARGARET will be released on September 30th, 2011. Stay tuned for details on its limited release!