Watch This: SNOW FLOWER's Li Bing Bing in Adidas' "Women Go All In" 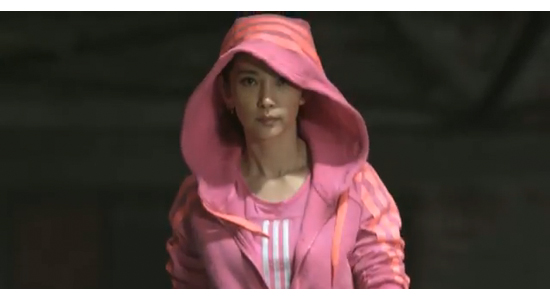 It's no secret that Li Bing Bing, who plays Lily/Nina is Wayne Wang's female empowerment semi-period drama SNOW FLOWER AND THE SECRET FAN, is a HUGE star in her native China. Like, massive. She's so big in fact, that she's pretty heavily featured in Adidas Women's new Go All In international campaign, alongside the likes of Katy Perry, superstar tennis player Caroline Wozniacki and volleyball player Wei Qiuyue.

Kind of makes you want to throw on a hoodie and hit the treadmill, honestly. We love that Bing Bing has started to get well-earned recognition Stateside, and if you haven't seen her in SNOW FLOWER yet, get to a theater near you! And run, down walk (clearly)!