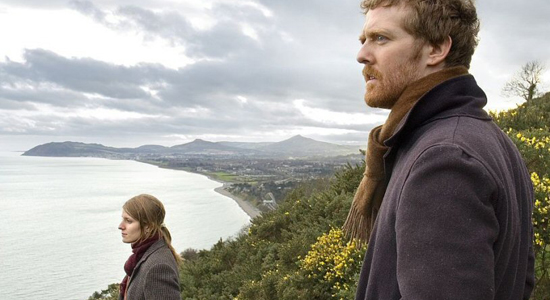 ONCE is the inspirational tale of two kindred spirits who find each other on the bustling streets of Dublin. One is a street musician who lacks the confidence to perform his own songs. The other is a young mother trying to find her way in a strange new town. As their lives intertwine, they discover each other's talents and push one another to realize what each had only dreamt about before. ONCE is their inspiring story.

Musical movies can be kind of sketchy (Mamma Mia!, never forget), but the great thing about ONCE is that it eschews the typical trappings of a musical and instead tells the story of two simple people through their shared talent. It also helps that male lead Glen Hansard is the frontman of The Frames, a famed Irish rock band and subsequently won an Academy Award in 2008 for Best Original Song for "Falling Slowly" from ONCE.

"Falling Slowly" was co-written by Markéta Irglová, a Czech singer/songwriter who also stars in ONCE. She was 19 at the time, which made her the youngest person ever to win an Oscar in the Best Song category. She also records with Glen in the band The Swell Season. No small feat, then.

Well! Now that that's all explained, check out this amazing video of Glen and Markéta performing "Falling Slowly" on The Late Show With David Letterman in 2007:

Awesomely, a lot of ONCE fans on YouTube have taken it upon themselves to cover "Falling Slowly". Here are some of our favorites:

We apologize in advance for you having that song stuck in your head for the next 3 months. Totally worth it, though!