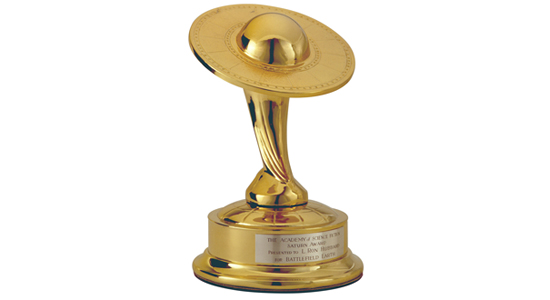 We at Inside Searchlight are pretty much big nerds, so the sci-fi/horror genre is near and dear to our hearts. So it was with slightly more enthusiasm than usual this morning when we opened our inbox to discover that both BLACK SWAN and NEVER LET ME GO had scored big with the Academy of Science Fiction, Fantasy & Horror Films Saturn Awards!

Mark Romanek's dystopian sci-fi drama, NEVER LET ME GO, has been nominated for:

Darren Aronofsky's psychosexual ballet thriller (the only one up for competition this year, strangely) BLACK SWAN, is nominated for:

The ceremony will take place this June.

We're almost officially done with awards shows (don't forget to root for BLACK SWAN and 127 HOURS this Sunday at the Academy Awards!), but make sure to check out our Tally Posts to keep up with BLACK SWAN, 127 HOURS, NEVER LET ME GO, CONVICTION and CYRUS this awards season.