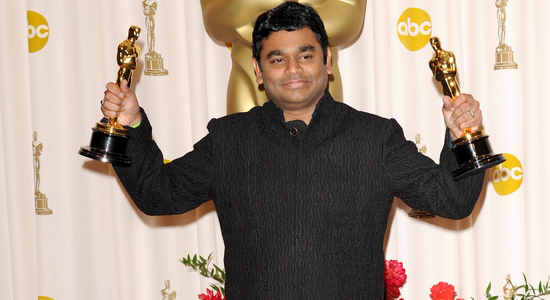 As you probably know, two of 127 HOURS' six Oscar nominations this year were for composer A.R. Rahman's contributions to the film's soundtrack: one for this score, and one for the movie's theme, "If I Rise", which was a collaboration with much-lauded British songstress Dido. Today, both A.R. and Dido joined DayBreakUSA radio host Scott West to discuss their nominations, expectations and the music process that brought these two stars together.

Make sure to tune into the Oscars on February 27th to cheer on A.R. and Dido! Keep tabs on all of 127 HOURS' award nominations and wins at our Tally Post.