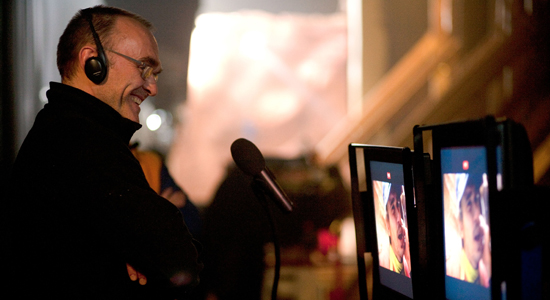 Some directors, upon hearing that their film has been nominated for an Academy Award for Best Picture, might treat themselves to a lavish party or a couple of cases of champagne. In the case of 127 HOURS' Danny Boyle, however, the Oscar-winning director decided to splurge on... a cab home from work. The New York Times' awards blog Carpetbagger gave Danny a call yesterday, when he found out about the nomination, and it makes for an interesting read.

Mr. Boyles co-screenwriter, Simon Beaufoy, said that, of the seven nominations the film received, the one for editing was the sweetest. But Mr. Boyle said he felt most of the credit belonged to his star, James Franco. Without his Oscar-nominated performance, the film would completely fail, Mr. Boyle said. He planned to send a message to Mr. Franco when he got home.

Hell be on some course somewhere, some multimedia thing, the basis of which is probably what its like to be nominated, Mr. Boyle said, laughing. (In fact Mr. Franco was at Yale, where he is studying for a Ph.D.)

You can read the rest of the interview here. 127 HOURS is going wide this week across even more screens in the US. For more info on where you can buy tickets, click here.