Catch Up With CYRUS! The Latest News On Jonah, John, Marisa & the Duplass Bros. 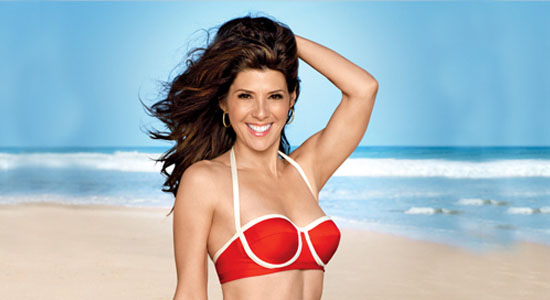 CYRUS is now playing in theatres everywhere! Check out the latest news on the Duplass brothers' latest from USA Today, NBC's PopcornBiz and more. And don't miss Marisa Tomei on the cover of Shape magazine - on newsstands now.

Marisa Tomei is on the cover of this month's issue of Shape magazine - check out their site, get her take on what makes for a happy life, and see photos of her from the magazube both above and at the bottom of this post.

"The Duplass brothers' previous films were do-it-yourself enterprises with budgets in the thousands instead of millions. They are Sundance Film Festival regulars, and represent a new generation of moviemakers who don't wait for Hollywood to give them permission to get to work.

'They're sort of creating a new Hollywood,' says Sundance director John Cooper. 'They're always helping on other independent films, acting, producing for other people. They give back a lot to that community.'

Cyrus was produced... by Fox Searchlight, and the brothers maintained their signature style of raw, awkward humor. 'What we have to offer are really truthful, intimate, personal, realistic experiences that, hopefully, people will laugh at. We felt like that would be the first thing to go' on a studio movie, says Jay, 37....'"

Also from NBC: "Reilly Moving onto a Really Troubled Family." Check it out.

"A large part of making the movie a success is watching John C. Reilly being willing to take most every kind of humiliation to push the dark and twisted plot along - including an excruciating opening scene where Catherine Keener walks in on Reilly literally with his pants down.

PopcornBiz was brave enough to ask Reilly about his willingness to be so brave on screen and whether he used a butt double in the opening scene."

Hollywood Outbreak: "Get Jonah Hill to the Cyrus" (AUDIO)

Click on the media bar to hear Jonah Hill now.

Watch the Only 2 Clips From CYRUS to Come Out So Far!

Watch the Only 2 Clips From CYRUS to Come Out So Far!