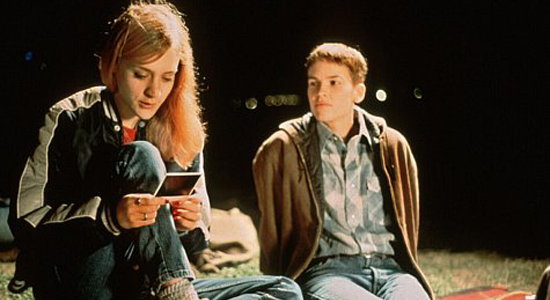 Hilary Swank won her first Academy Award for her portrayal of Brandon Teena, an enchanting newcomer to the small rural community of Falls City, Nebraska. Women adored him and almost everyone who met this charismatic stranger was drawn to his charming innocence. But Falls City's hottest date and truest friend had one secret: he wasn't the person people thought he was. From the middle of America emerged an extraordinary double life, a complicated love story and a crime that would shatter the heartland.

(Continued from above) Back home in Lincoln just seventy-five miles away, Brandon Teena was a different person caught up in a personal crisis that had haunted him his entire life. Like many young people, he made costly mistakes and when he inadvertently trespassed between his new love Lana (Chloe Sevigny - "Big Love," ZODIAC) and her reckless friend John (Peter Sarsgaard - AN EDUCATION, GARDEN STATE), the mystery unraveled into violence. In a single, short life Brandon Teena was at once a dashing lover and a trapped outsider, both an impoverished nobody and a flamboyant dreamer, a daring thief and the tragic victim of an unjust crime. 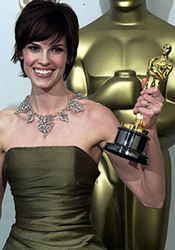 BOYS DON'T CRY explores the contradictions of American youth and identity through the true life and death of Brandon Teena. What emerges from a dust-cloud of mayhem, desire and murder is the story of a young American drifter searching for love, a sense of self and a place to call home.

Swank went on to win a second Academy Award for MILLION DOLLAR BABY in 2004 and will soon star in Fox Searchlight's CONVICTION, which opens in select theatres October 15th.

Roger Ebert listed BOYS DON'T CRY as one of his five best films of 1999, stating "This could have been a clinical Movie of the Week, but instead it's a sad song about a free spirit who tried to fly a little too close to the flame,"   and Janet Maslin of The New York Times gave the film four out of four stars. 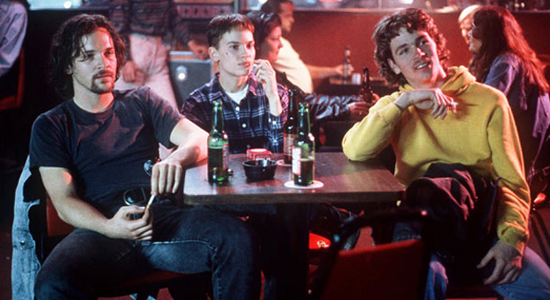 Excerpts From Reviews (via Rotten Tomatoes, where it scored 88% overall - 90% among top critics, and Metacritic, where it achieved "universal acclaim" with a metascore of 86) 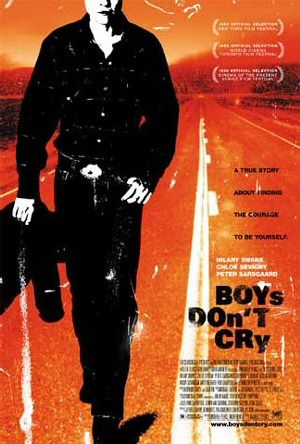 "Swank is a revelation. By the end, her Brandon/Teena is beyond male or female. It's as if we were simply glimpsing the character's soul, in all its yearning and conflicted beauty."
- Owen Gleiberman, Entertainment Weekly

"Driven by performances of such luminous humanity that they break your heart.
 Stephen Hunter, Washington Post

"One of the best films of the year."
- Roger Ebert, Chicago Sun-Times

"In Cold Blood, Badlands, The Executioner's Song, and now, joining those grisly milestones on the heartland hit list, and every bit their equal, is Boys Don't Cry."
- Jay Carr, Boston Globe