iTunes Movie Of the Week: Fox Searchlight's ONCE 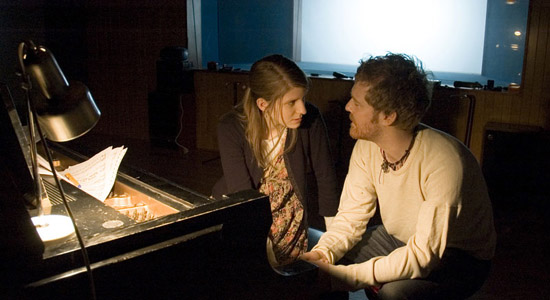 Like this year's CRAZY HEART, ONCE in 2007 won the Oscar for "Best Original Song" for Glen Hansard and Marketa Irglova's sweet, melancholy "Falling Slowly."  The soft-spoken duo (Marketa just 19 at the time) grabbed viewers' hearts not only with their portrayal of ONCE's lovelorn musicians, but also their dumbfounded, unadulterated joy upon winning Hollywood's highest honor. Marketa missed making her acceptance speech in the first round due to the orchestra, so Oscar host John Stewart insisted she get her opportunity after the next commercial break...

A serendipitous meeting on the streets of Dublin between a down on his luck Irish street performer and a poor Czech immigrant sparks a bond that plays out in this hip, modern day music film. ONCE follows the two as they write, rehearse and record the songs that reveal their unique love story.

ONCE was made in Ireland for the equivalent of $160,000 - a pittance! - and went on to make more than fifty times its production budget at the U.S box office alone, more than nine million dollars. It won the Independent Spirit Award for "Best Foreign Film" and the soundtrack was nominated for two Grammys. Neither Glen nor Marketa had had any formal training as actors - both were professional musicians.

ONCE also scored a near-perfect 97% on Rotten Tomatoes. (The "Top Critics" gave it 100%.) Excerpts below: 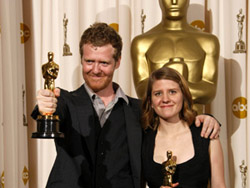 "Forget everything you think you know about the movie musical, one of the more predictable genres. With Once, writer-director John Carney deconstructs it and reinvents it as something wholly new, inspired and alive."
-- Christy Lemire, Associated Press

"Are you looking for a little film you can make your own, an enchanting, unpretentious blend of music and romance you can watch forever? If you do, Once is about to come into your life and make it whole." 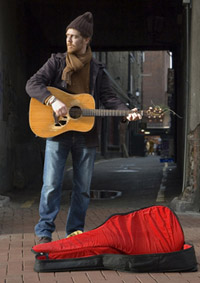 "The movie swoons, and you will too."
-- Owen Gleiberman, Entertainment Weekly

"It takes all of 10 seconds for John Carney's Once to announce itself as something special."
-- Joe Morgenstern, Wall Street Journal

"Cut through the Spidey-Shrek hype and seek it out. You won't be sorry. It's a magical, beguiling wonder."
-- Peter Travers, Rolling Stone

You can also visit the film's official site for videos from their cross-country tour, music videos, Youtube videos from fans, song downloads, tons of background info on the cast and crew and making of the film, photos and more. 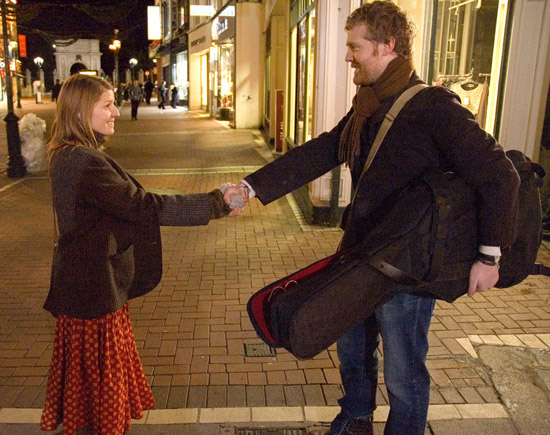