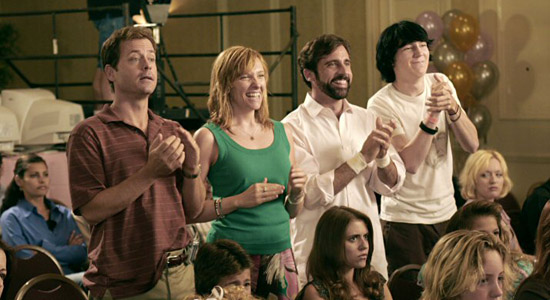 LITTLE MISS SUNSHINE won two Oscars in 2006 - Best Supporting Actor for Alan Arkin and Best Original Screenplay for Michael Arndt - and was nominated for Best Picture and Best Supporting Actress for then ten-year-old Abigail Breslin. The quintessential "little film that could" went on to make a whopping $60 million domestically. And now you can watch this Fox Searchlight classic in mere minutes...

The movie marked the directorial debut - their first time! - of husband-and-wife team Jonathan Dayton and Valerie Faris. It also marked the screenwriting debut (!) of Oscar winner Michael Arndt. The film was shot in a mere 30 days. It premiered at Sundance, where it was purchased by Fox Searchlight. It opened in just a few theatres on July 26, 2006 and ultimately went wide August 18, 2006. It achieved an international box office gross of $100.3 million. And it won the Independent Spirit Award for Best Feature, among many other awards.

LMS also scored a 91% on Rotten Tomatoes. Excerpts below!

"A scrappy human comedy that takes an honest path to laughs and is twice as funny and touching for it."
-- Peter Travers, Rolling Stone

"Grade A. Orson Welles would have to come back to life for this not to make my year-end Top 10 list."
-- Joel Siegel, "Good Morning America"

"A dysfunctional-family comedy with a crucial difference -- the function progresses, hilariously, from dys to full and loving."

"Offers a surprising mix of dark humor and heart, with rich performances from a strong cast."
-- Christy Lemire, Associated Press

"This is a feel-good movie that is not dependent on gags or stupid gimmicks, but on intelligently observed, slightly cockeyed people and their interactions. It is positive and uplifting, and a grand time is had by all."
-- Rex Reed, New York Observer 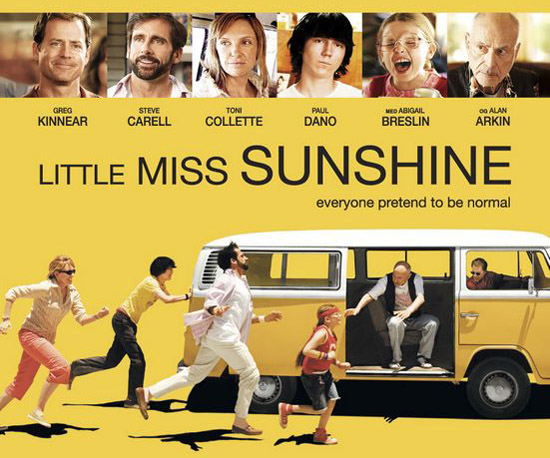 THE SEARCHLIGHTER PROFILE O' THE WEEK

THE SEARCHLIGHTER PROFILE O' THE WEEK