You Can Now Purchase the Oscar-Nominated Score for FANTASTIC MR. FOX! 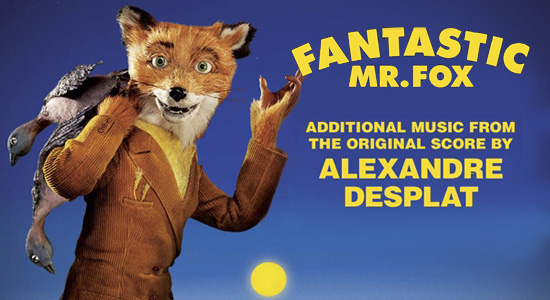 As of this past Tuesday the original score for FANTASTIC MR. FOX is available as a digital album - separate from the original soundtrack and containing new tracks! Click here for the deets, and fingers crossed for for the twice nominated MR. FOX at Sunday's ceremony...

Buy the Score for FANTASTIC MR. FOX On iTunes Now! 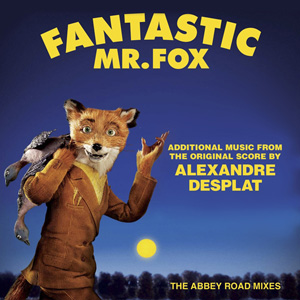 Below is an excerpt from ABKCO's press release. And at the bottom of this post is a track listing from the digital album. Again, you can download it off iTunes here.

"FANTASTIC MR. FOX is Desplats third Academy Award nomination. His first was for his score for THE QUEEN (2007), followed by THE CURIOUS CASE OF BENJAMIN BUTTON (2008). The soundtrack also received a BAFTA Award nomination for Best Score and a Best Music Score nomination at the 2009 Los Angeles Film Critics Association Awards. Desplats work on the score for FANTASTIC MR. FOX was lauded by numerous critics, including The New York Times A.O. Scott who called it 'eccentric and just right.'

Throughout his award-winning career Desplat has managed to successfully blend his eclectic musical influences of classical, jazz and soundtrack scores into a unique sound all his own. After composing the music for over 50 European films and receiving two prestigious Cesar Award nominations. Desplat hit the ground running in Hollywood in 2003 with his score for THE GIRL WITH THE PEARL EARRING, for which he received a Golden Globe nomination for Best Original Score. That was just the start of Desplats awards onslaught. He is the recipient of a Silver Bear from the Berlin Film Festival, two more Cesar nominations (including a win), four BAFTA nominations, a total of four Golden Globe nominations including his win for THE PAINTED VEIL and three World Soundtrack Awards. His body of work, to date, includes scores for such diverse films as BIRTH, SYRIANA, THE QUEEN, THE PAINTED VEIL, MR. MAGORIUMS WONDER EMPORIUM, LUST CAUTION, THE GOLDEN COMPASS, COCO BEFORE CHANEL, A PROPHET, JULIE AND JULIA, and THE GHOST WRITER."