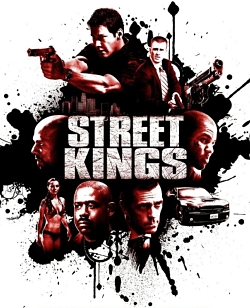 Extras will include: a "Commentary by Director David Ayer," "Deleted Scenes," "Alternate scenes," "Vignettes," 2 featurettes, and an Interactive picture-in-picture "Under Surveillance: Inside the World of Street Kings track (Blu-ray exclusive)."

Tom Ludlow is a veteran LAPD cop who finds life difficult to navigate after the death of his wife. When evidence implicates him in the execution of a fellow officer, he is forced to go up against the cop culture he's been a part of his entire career, ultimately leading him to question the loyalties of everyone around him.

STREET KINGS and YOUNG@HEART On DVD!

STREET KINGS and YOUNG@HEART On DVD!