Fox Searchlight's got loads of JUNO news for you today...

The movie enjoyed an excellent first weekend in NY and LA theatres! Per boxofficeguru.com:

"Fox Searchlight enjoyed the best per-theater average of the weekend with its teen pregnancy comedy Juno which debuted in just seven theaters in New York and Los Angeles to the tune of $420,000 for a scorching $60,016 average. Since its Wednesday launch the cume stands at $531,000. Juno expands to thirteen cities and 40 theaters on Friday, then widens to about 200 runs on Dec 21 before going nationwide on Christmas Day into 800-1000 sites. Critics showered the Jason Reitman-directed film with praise."

We've added a lovely little musical video of the song Michael Cera and Ellen Page performed in JUNO, called "Anyone Else But You." Scenes from the movie play in the background. Check it out below, and visit JUNO's Web page to watch many more such videos featuring the cast and crew!

The JUNO soundtrack goes on sale online tomorrow (Tuesday the 11th) -- visit Amazon.com or iTunes to make a purchase.

And lastly, below are pictures from a recent JUNO event Searchlight held at LA's Universal Citywalk Theme Park. Pictured are the JUNO van (seen from both outside and inside) which is an actual, exact replica of Juno's bedroom from the movie -- you can even walk around inside it! In the two bottom-most photos JUNO fans compete in guitar-playing and blue slushie drinking contests. (Surely you've heard of blue slushie drinking contests before, right?) 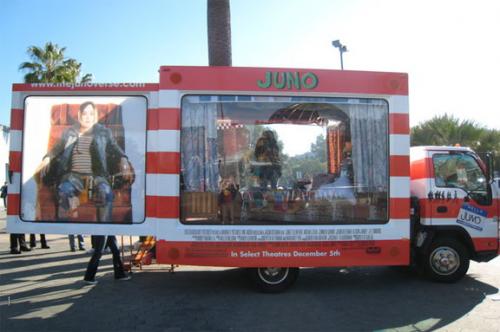 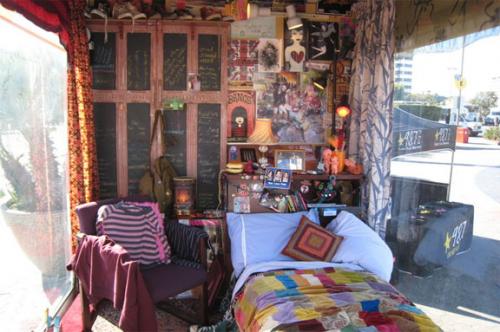 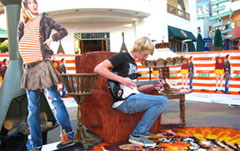 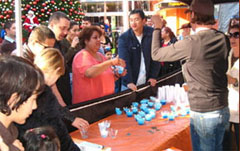 And don't forget: JUNO will be expanding to many more theatres across the country in the coming weeks!

JUNO: A Song About the Film

JUNO: A Song About the Film