The Latest News From Across the Globe 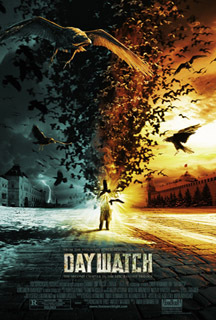 DAY WATCH is scheduled to be the closing-night film at the Sydney Film Festival in Australia on June 23rd. Tis sequel to NIGHT WATCH (2006) makes its domestic debut in the United States on June 1st. (The official poster for DAY WATCH is to the right.)

LITTLE MISS SUNSHINE has been nominated for "Best Foreign Film" at the David di Donatello Awards -- which is Italy's version of the Oscars!