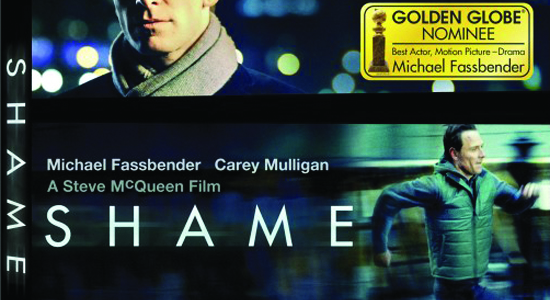 The wait is over  Steve McQueen's psychological drama, SHAME, is now available on Blu-ray, DVD and in the iTunes Movie Store! Watch Michael Fassbender's Golden Globe-nominated performance as Brandon, a young New Yorker in the dark throes of a sex addiction.

PURCHASE/RENT AT THE ITUNES MOVIE STORE 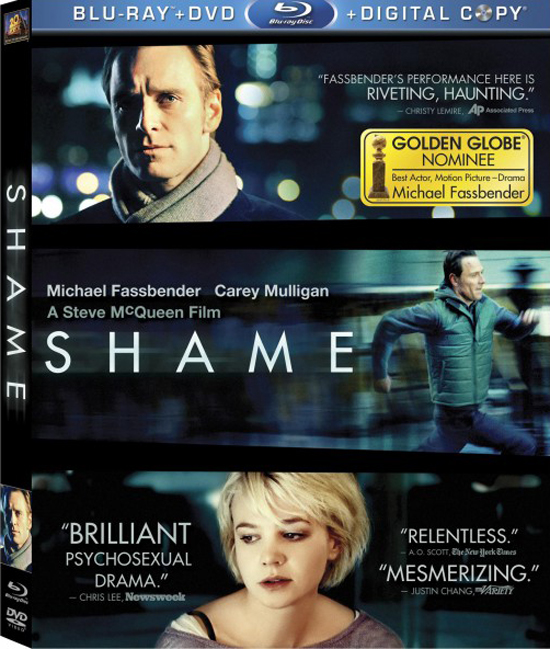 SHAME holds a very respectable "80% fresh" rating on Rotten Tomatoes. Here is what some of the critics said during the film's release last year:

SHAME  a dispassionate treatment of a disturbing topic, and therein lies its power. Sexually graphic enough to earn its NC-17 rating yet made with a restraint that's both unflinching and unnerving, this is a psychologically claustrophobic film that strips its characters bare literally and figuratively, leaving them, and us, nowhere to hide.

As in "Hunger," McQueen favors long, uninterrupted takes, which gives Fassbender's extraordinary gift for expression free rein. In any other actor's hands, Brandon would be an impossibly repellent character, but Fassbender infuses him with enough sympathy and vulnerability to make him not just watchable but unforgettable.

Mulligan is in every way sensational. McQueen's camera holds her in relentless closeup as she sings "New York, New York" with an aching  slowness that defies the snappy essence of the tune but speaks volumes about the pain she's endured. In a coup de cinema, Mulligan makes that one number into a movie all its own. Shame is too blistering and brutal to cozy up to. But Fassbender and Mulligan are dynamite. And McQueen is a born provocateur. There's no easy way to shake off SHAME . It gets in your head.

Here is the scene that Travers is referencing: Sissy's heart-wrenching cover of "New York, New York":

You can check out the SHAME website here for more info on the film. You can also check out our Tumblr, as the SHAME-related content and GIFs never cease flowing...